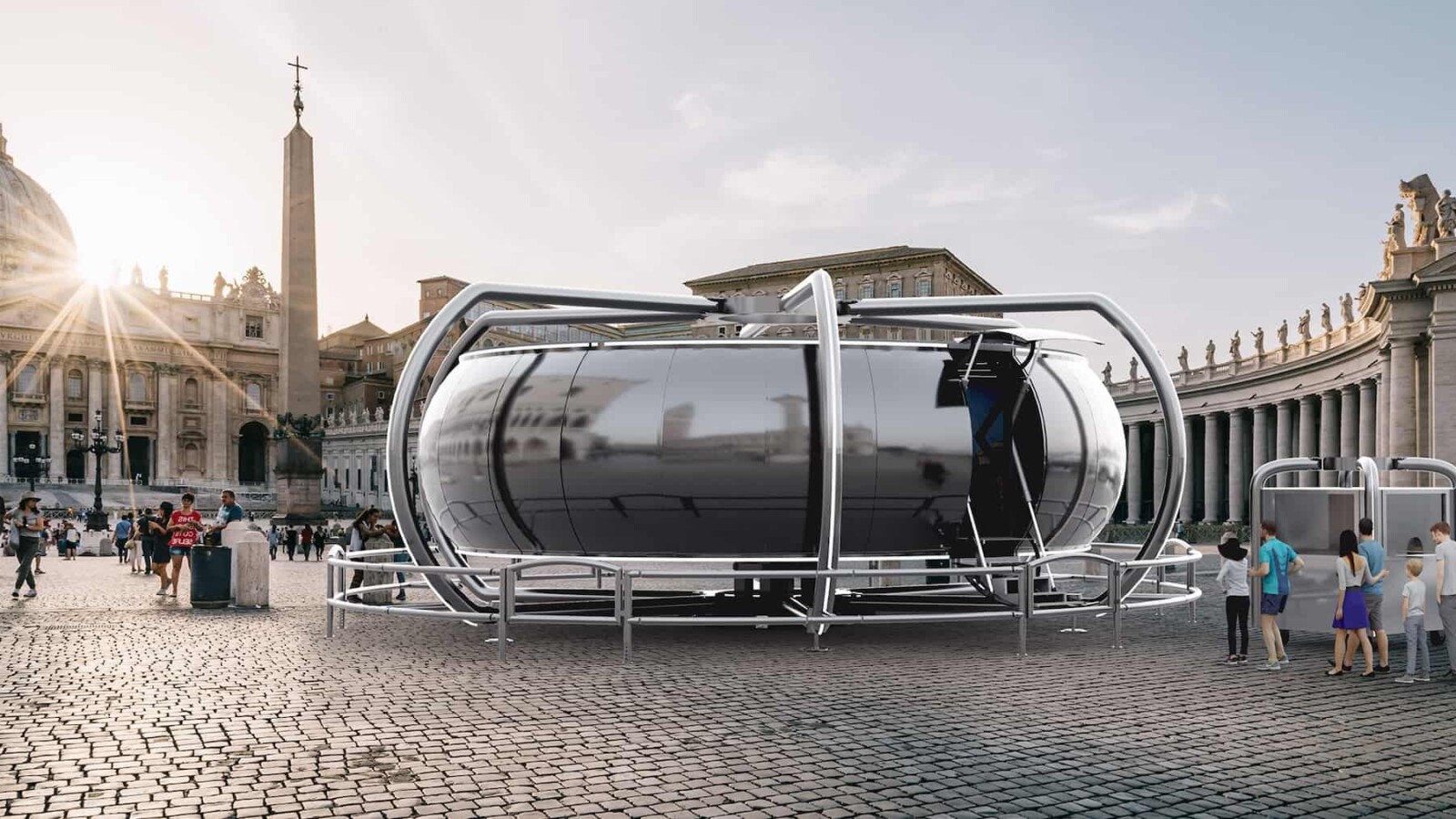 Express da Vinci is the first portable observation flights and digital travels simulator in the world.

Nowadays, the most common challenges of the planet are pollution levels and the pandemia of COVID-19.

Express da Vinci founders in cooperation with European and international technology companies starts the international holding to attract investors and brands to invest in the global network of 1000 Express da Vinci simulators, like flight and travel stations in the cities. The simulators network is the solution to Save the Planet by traveling digitally to decrease transport emission levels.

In the context of COVID-19 pandemia, citizens have travel restrictions, additional procedures, testing. Science proved that public traveling is the riskiest activity to get or spread viruses. Digital travel stations in the cities will localize citizens in the cities and decrease virus spreading levels, this will save people’s lives.

These new portable travel stations like a part of cities’ infrastructure and public service also will increase citizens’ abilities to travel digitally, explore the international architectural heritage in historical cities and enjoy the beauty of the natural heritage sites.

According to the study and economical prognoses, the Express da Vinci simulator can be operated profitably in every middle-size city in the world. Machine design especially to operate in the most active cities’ venues – squares, avenues. The case study showed that multimillion cost machines can be operated 300 days per year, and have average 1000 visitors per day, 300 000 per year, by ticket price of 20 euros. Prognoses show that investment pays off in 2 operating years.

Express da Vinci machine gives visitors the possibility to travel safely and digitally all over the world on the biggest magnetic engine drone ever.

Corporated designers team created a new video system with a huge 7,5 m wide and 2,5 hight, internal curved screen, based on 2 laser projectors of 8K resolution. Machines’ sound system elements are fixed in the special machine’s regions to create the most possible realistic strong and super-fast magnetic drone sound and feeling of vibrations.

The exterior design of the simulator is exclusive and futuristic, a great impression comes from the shape, massiveness, and highly powerful motions of the device.

Visitors are getting the feeling that the whole flight experience around them is real, giving the impression that they are actually flying around visible areas. The machine displays drone flight view – fast and sudden movements, turns, drift flights, and even teleportation, to create a sense of real flight that engages people even more.

In these times of technology, it has become possible to take the aircraft created by Leonardo Da Vinci to the next level, the design of the concept of the flying machine can be improved, and the flight itself can be digitized. Thus the concept of the Leonardo da Vinci aircraft was reborn in the context of the Fourth Industrial Revolution.

This summer Express da Vinci group started the global marketing campaign to reach the customers and get professionals and investors feed back.

Machine’s concept designed specifically for operating in the historical and most popular venues.

The study showed that the Express da Vinci simulator price 3 000 000 euros is realistic and the machine will be very profitable. The simulator can ride 360 – 720 passengers per one operating hour, control systems can be adjusted in several operating modes, depends on visitors traffic, flight content duration.

Save the planet – travel digital!

More information can be found here.