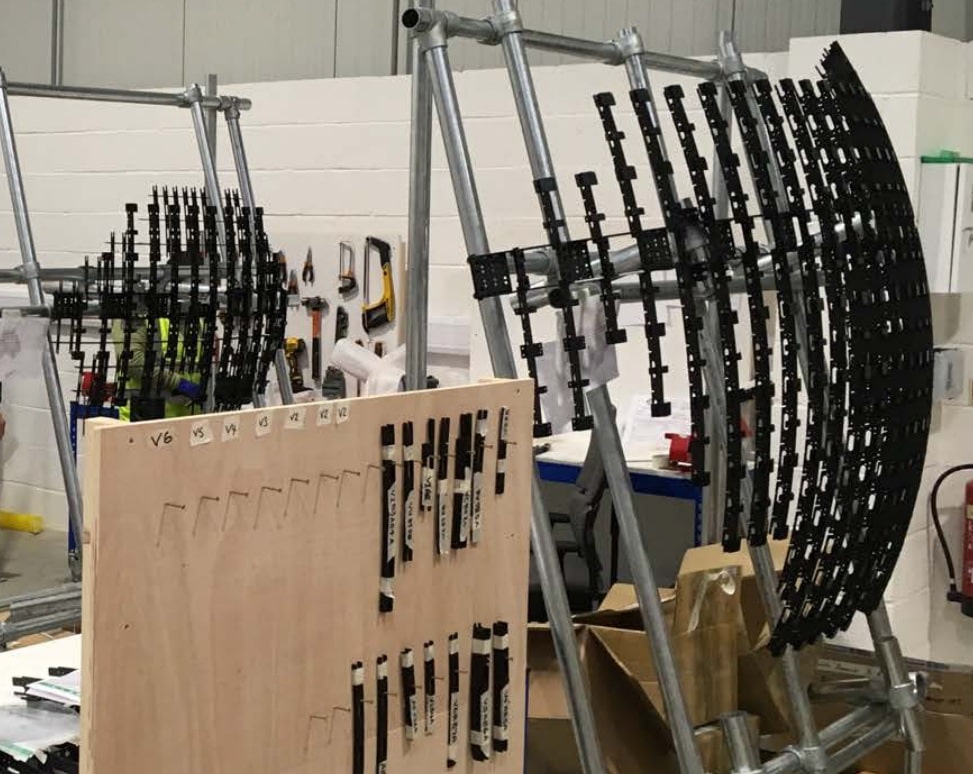 ScreenTeq – The next epoch in screen technology.

The world isn’t flat. It’s round and curvy and wavy and bumpy. The world isn’t static, it’s constantly in motion, twisting and turning. The next era of screens will see screens of all shapes and sizes. Round, curvy wavy and bumpy, just like the world that they portray. They will also move, like the wind and the sea. Like nature itself. Organic. Screens with expressions, like faces. Anthropomorphic even. Just Imagine.

ScreenTeq utilises an entirely new and innovative design and manufacturing process that allows practically any size, shape and curvature of screen to be efficiently and precisely formed for a vast array of applications. Since the birth of cinema we’ve been boxed-in by box shaped screens – wide or narrow or tall, but always rectilinear. Now, ScreenTeq breaks out of that box into a world of spheres, curves, triangles, and dodecahedrons. In fact, whatever. Whatever is right and whatever fits best within our irregular world and irregular places.

Pixel by precisely placed pixel, laid upon flexible substrates and custom engineered for every project. ScreenTeq unlocks the impossible.

ScreenTeq™ with MotionFlex™ adds to this further by adding dynamic motion to the screen laying a pathway to a new way to view the world. ScreenTeq with MotionFlex technology will bring screens to life, animated to imitate the content that’s shown, in vivid lifelike colour, and natural lifelike motion.

ScreenTeq, like all things from Teq4, was developed out of a need. We were presented with a unique challenge that at the time did not have a solution. To create an elaborate, technology laden art feature with video screens that did not fit the norm. In fact they were so far from the norm that up to that point they were just a creative directors’ fantasy. However the design demanded an organic shape, as in a way, it denoted the organic nature of the world in its entirety. The only solution was to develop a design and manufacturing methodology and workflow process to build complex irregular shaped double curved screens.

The solution and innovation comes from a number of elements;